If a cold beer is your beverage of choice, you’re not alone. According to a 2012 Gallup poll, 39 percent of Americans prefer drinking beer (thirty-five percent say they prefer wine and 22 percent prefer hard liquor). Not only is a cold beer refreshing, but enjoying a brew can also help you reap some very surprising health benefits. For example, the phenols and antioxidants in beer could help in the prevention cancer, and some wheat-rich beers could help you recover faster after a long run. The key, though, is moderation. The daily recommended serving for women is one alcoholic drink; for men it’s two. Read on to see 18 healthy and delicious beers and find out if your favorite made the list.

Beck’s Premier Light is one of the lowest calorie beers in the market. At only 64 calories, this light lager is perfect for those who are trying to cut calories but still enjoy a beer. So how exactly do beer companies make low-cal beer? The methods vary depending on the preference of the brewer. However, two commonly used methods are using higher fermentation temperatures to help reduce the alcohol content and thus the calories, and adding enzymes to break down unfermented dextrins usually are found in regular beers. CALORIES: 64. ALCOHOL CONTENT: 3.8%.

Looking for something sweet? This beer is brewed with real apricots. Apricots do more than deliver a delicious sweet taste and aroma. This stone fruit is rich in iron that can help regulate cell growth and strengthen your immune system and apricots are also full of potassium which can help lower blood pressure. CALORIES: 153. ALCOHOL CONTENT: 5.1%.

Although it has just as few calories as Beck’s Premier Light, MGD 64 has the edge because of its lower alcohol content and thus, carbs – hey, everything adds up. This light, crisp lager is made by trusted American beer company, MillerCoors. Yes, that’s right; Coors and Miller (and Blue Moon!) are all part of the same brewing company. The founders of both Miller and Coors were German entrepreneurs who came to America in the mid-19th century. And one of them Fredrick J. Miller, brewed his first beer using yeast that he carried in his pocket all the way from Europe. CALORIES: 64. ALCOHOL CONTENT: 2.8%.

This witbier, or Belgian-style ale, gets its refreshing tangy flavor from orange peel and coriander. Made with wheat, oats and barely, this might be a beer that you’ll want to reach for after a long run. Studies have shown that drinking a wheat-heavy beer after a marathon or a very long run can actually help fight inflammation. So the next time you have an intense endurance training session and want a beer to help you recover, try this ale. CALORIES: 120. ALCOHOL CONTENT: 4.5%.

This light lager is a great option for those who want a refreshingly great tasting beer that is low in calories. With 2.6 grams of carbs in less than a 100 calories (95 to be exact), Michelob Ultra is the original low-carb beer. And yes, although there are other beers in the market that have slightly fewer calories, Michelob Ultra prides itself in packing more flavor. CALORIES: 95. ALCOHOL CONTENT: 4.2%.

This light lager seems to be increasing in popularity and has been named “The Official Beer of the Burger” (2013) as part of Food Network South Beach Wine & Food Festival’s annual celebration of the burger. With a full, whole-grain taste, a bottle of this brew comes in at under 100 calories. Founded in 1870, this Dutch brewery was named after the Amstel River, which served as a source of refrigeration to keep fresh beers cold. By 1872, just two years after opening their doors, they were producing so much beer that they had to start using ice from the canals in double-wall cellars for refrigeration. Today, the Amstel Brewery is actually owned by Heineken. CALORIES: 95. ALCOHOL CONTENT: 3.5%.

O’Fallon Hemp Hop Rye is an American amber (red ale) that gets nutty flavor from being brewed with toasted hemp seeds. Wonder where the brewery gets the hemp seeds from? Canada – with quite a bit of supervision from the feds. Hemp seeds are said to be heart-healthy and they can help lower blood pressure. They are also a great source of vitamin E, which can boost immune function. Located just north of St. Louis, the O’Fallon brewery produces small hand-crafted batches of beer and their motto is something we’ve all said before: “We Love Beer.” CALORIES: 165. ALCOHOL CONTENT: 5.5%

Heineken Light is only 99 calories and packs a bite. This light premium lager gets its taste because of its unique brewing process — its natural 100-percent malted barely spend 28 days lagering to develop the flavor. Plus, the trusted Heineken flavor has been around since its first brew in 1873. And lately, Heineken is everywhere: Even James Bond drinks it. What’s not to like? CALORIES: 99. ALCOHOL CONTENT: 3.3%. Carbs: 7.

This is a low-carb light lager hails from America’s oldest brewery in Pennsylvania. This light beer may only have 98 calories but it packs the flavor of a full lager and is made with a lot of love. Founded by German immigrant, David G. Yuengling, the original form of this tasty beer was created in 1829. Today the company is operated by Richard Yeungling, Jr., a fifth generation owner, and many other family members still work there today. CALORIES: 98. ALCOHOL CONTENT: 3.8%.

Oysters and beer? Ireland’s Porterhouse Brewing Co. still brews the classic stout beer with fresh oysters. Clearly not a beer for vegans or vegetarians, this is a beer for folks who want to reap the benefits of oysters without the fishy taste. Oysters are full of vitamin B12, iron and zinc. Try this classic and interesting-tasting beer when you are looking for something new. CALORIES: 156. ALCOHOL CONTENT: 4.6%.

Looking for a refreshing light beer that actually tastes great and doesn’t pack on extra pounds? Sam Adams maintains the highest quality of taste with this light lager that contains only 119 calories. This Boston brewing company has been around since the early 1800s and prides itself on truly flavorful beers. Named after the American patriot known for his founding role in the American Revolution, the original Samuel Adams was said to be a brewer himself. CALORIES: 119. ALCOHOL CONTENT: 4.3%.

This beer may look dark and heavy, but it’s surprisingly one of the healthiest beers you can drink, because it’s packed with antioxidants, which can help fight deposits of bad cholesterol on artery walls. Guinness is also chock-full of iron. The beer is considered so nutrient-rich that some time ago, according to BBC News, pregnant mothers in the UK were encouraged to drink it. This malty Irish dry stout is bittersweet and boasts of the best taste coming from the perfect pint pour. How to do it: Hold your dry, branded glass firmly and pour beer at a 45-degree angle and watch the nitrogen bubbles surge while the beer sets into creamy, dark-brown deliciousness. CALORIES: 125. ALCOHOL CONTENT: 4.2%.

With just over 100 calories, this light and crisp lager is a solid option on a hot summer day. According to research, 70 percent of beer-drinking men have put their beer in the freezer to make sure that it is ice cold when they drink it. Only one problem: How do you determine exactly the right time to take the beer out of the freezer? Thankfully, Coors Light came up with a nifty solution: The bottle will let you know when it is ready. This light lager probably has the most “helpful” packaging of all beers, as the mountains on the label turn blue once the beer is ice cold and ready to be enjoyed. CALORIES: 102. ALCOHOL CONTENT: 4.2%.

Ever heard of yuzu? It’s a Far East citrus fruit that is known for its lovely fragrance and sweet taste. iKi Yuzu is a spiced beer brewed with green tea leaves, which give it a unique taste and high content of antioxidants. Antioxidants in green tea have been know to help prevent cancer, treat the common cold and even help with weight loss. The folks at iKi Beer describe it as a light beer with a savory flavor that leaves you wanting more. CALORIES: 135. ALCOHOL CONTENT: 4.5%.

A light lager brew with a refreshing taste, Corona is the best-selling beer in Mexico. A bottle of Corona Light is only 99 calories and you can top it off with a traditional slice of lime for added vitamin C and flavonoids. The lime’s acidity can even aid in digestion. CALORIES 99. ALCOHOL CONTENT 4.1%.

This sweet ale is certified gluten-free and full of antioxidants, because it’s made with real fruit. This well-balanced ale is made from fermented sorghum, fermented corn, natural raspberry puree, orange peel, hops and yeast. When founder of New Planet Pedro Gonzalez discovered he had celiac disease, he made it his mission to find a way to still enjoy craft beer. And New Planet was born. The Colorado-based company also donates a portion of sales to a non-profit that encourages recycling. CALORIES: 160. ALCOHOL CONTENT: 5%.

As its name suggests, this fruit beer is brewed with natural tangerine flavors. Lost Coast Brewery in Eureka, California, started out as a tiny brewery and has now grown to one of the largest craft-beer destinations in the country. Tangerine Wheat Fruit Beer contains 150 calories and has received many brew fest awards, including a gold medal from the California State Fair. CALORIES: 165. ALCOHOL CONTENT: 5.5%.

Fentimans Traditional Beer is a cold, delicious beverage to try if you’re looking for an alcohol-free option. Made with real ginger root (you actually can see it in the bottle), this beer boasts of all health benefits of ginger — like soothing an upset stomach. Why is it called beer? Original versions, like this one, are fermented for days before they are ready to serve. If you’re looking to cut calories, stay away from versions with added sugars. This drink is naturally sweet on its own for only 105 calories. CALORIES: 105. ALCOHOL CONTENT: 0%. 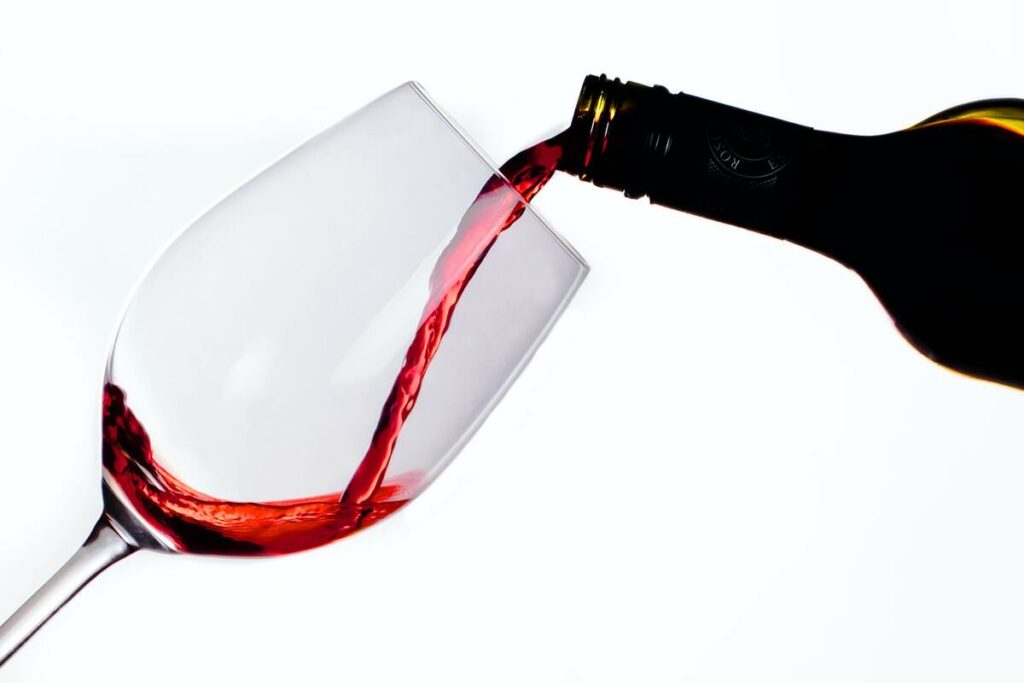 Intro Arguably the world’s most recognized red wine, Cabernet Sauvignon has become a favorite among… 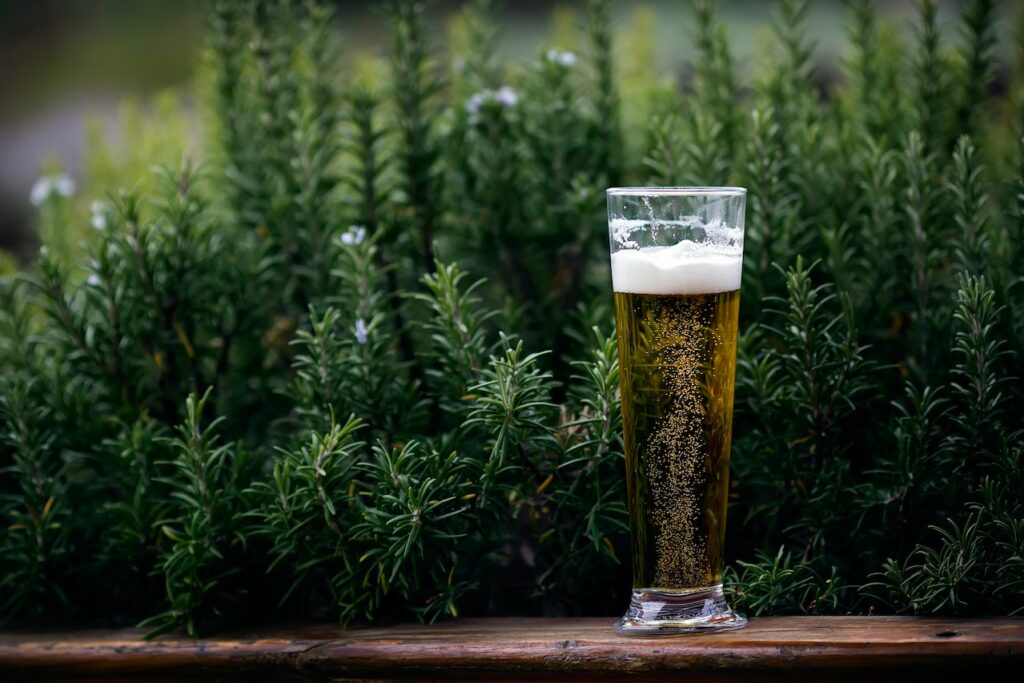 Intro: Beer Drinking – How Healthy Drinking beer can be incredibly beneficial… but moderation is… 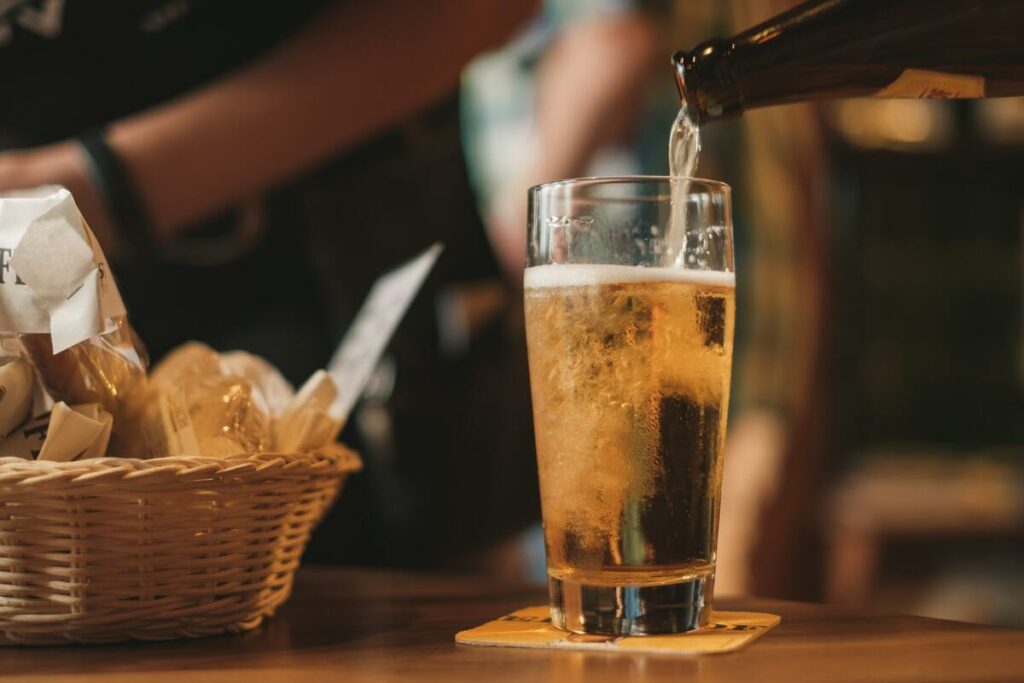